The Latest by Chris Kline!

This book is for those with or without a desire to know the unknown.

Those who believe in the supernatural and those who don’t The author is just out for play when she hooks up with Mick Jagger and a invisible voice at the same time. Party’s with the Stones dip in and out of her life in several places all the while Chris is moving in uncharted waters with good and bad spirits. Even getting kidnapped and rescued by a Stones manager. All because of a jet ride with the band that took her to NYC. The book is fast-moving with much transparency as the author delves deeper into the occult until rescued from above. It’s a hard hitting story about life in the other dimension. Chris’s humor comes through in this one of a kind book.

YOU DON’T WANT TO MISS THIS! 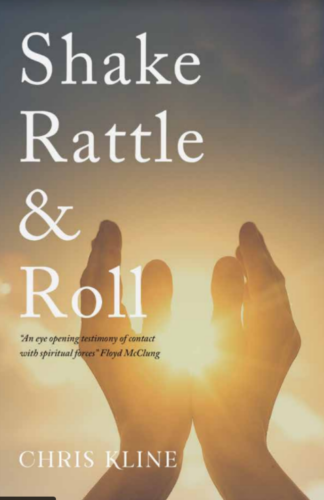 What People Are Saying

“Author Chris Kline’s story, Shake, Rattle, & Roll, has its origins in Rock‘n’ Roll. However, her story transcends both music and the times. She chronicles her life story, starting on one path as a budding horse trainer and then, thru a fluke, ends up on the Rolling Stones plane finishing their last week on tour with them. Ms Kline’s story captures the experience of the 60’s & 70’s lifestyle and dark paths many found themselves following during that time. Chris’s story of a fallen world is also a story of hope as she rises above circumstances as a result of the help she received from the supernatural and her limited faith in a higher power. I recommend the book Shake Rattle & Roll to anyone who wishes to experience the world through the eyes and actions of a true survivor and to understand more of the light and darkness that live among us.”

“…Chris has been around the block and back in the hard-knocks School of the Supernatural.  From a Lear jet and limousine LA lifestyle to the lonely island bush, villages and back-blocks of world missions. Forged by honest and holy reflections in a hundred little towns and big cities, this redeemed daughter of the King shoots so straight and true with these fresh, enlightening stories on God and His Book.”

“Only rarely do you come across a work that sits down and talks to you while looking you straight in the eye. Rejection, temptation, loneliness, guidance, provision and praying in promises and more are woven together in these wonderful serious stories.

“A woman of faith whose life has touched many hearts. Great book!”

After many years on staff with YWAM in Australia, New Zealand and the South Pacific Islands, Chris returned to the United States to continue her pulpit ministry. Chris Kline was a credentialed itinerant minister. Chris has shared the platform with the likes of Oliver North and Rev. Jerry Falwell and spoken on the steps of the Nation’s Capitol. Chris is based out of Ellenton, Florida, where she served on the board of T.C.I Ministries Fellowship She thought she was retired but looks like she might be back on the same trail again.

Other Reads by Chris Kline! 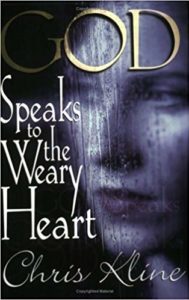 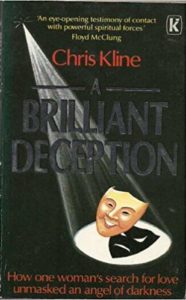